The previous major update for LCZero was in August 2021 followed by only a couple of development versions in December of the same year. A full year after, late in December 2022, the LCZero team announced the new version of the most popular neural network engine in the world.

Today we're happy to announce that the long-awaited Lc0 v0.29.0 is also available on Chessify. 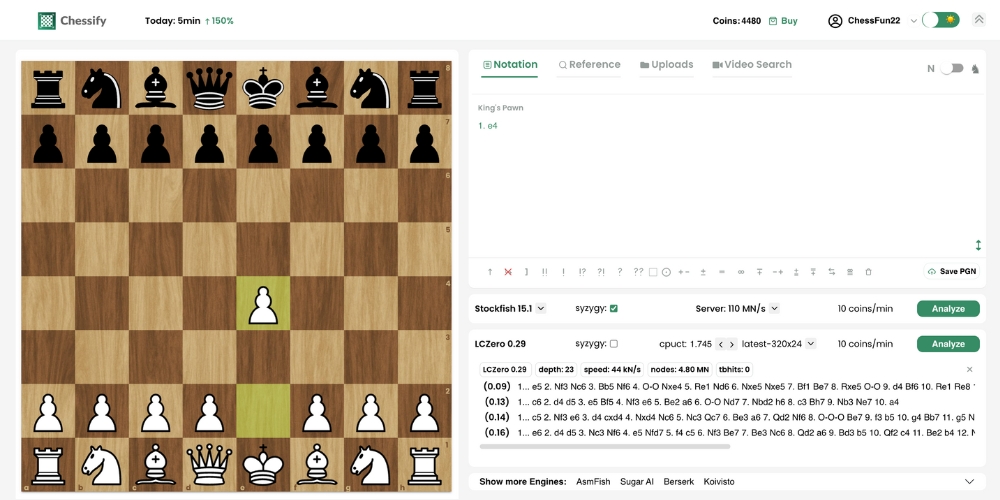 The main attraction of the new Lc0 version is the feature in its neural network architecture called "attention policy". In a given chess position, the policy output of the LCZero neural net gives the probability each legal move is the best one. Attention policy is a new way to calculate this and ensures more accurate results.

Other key features of the new release include:

- Support for using PGN book with long lines in training

As stated in the LCZero blog, "the plan is to use a book with long opening lines (or even full games) for training experiments," where the selfplay can start at a random point in the book.

DFRC is a variation of Fischer random chess (also known as Chess960) where the opening position is not necessarily symmetric.

- You may find all new features and changes on LCZero's official website or its GitHub page.

How to use LCZero on Chessify

Chessify provides up to 100 kN/s speed GPU servers for different networks of LCZero. The speed depends on the network size. The newer LCZero networks are bigger and therefore offer lower kN/s (around 20 kN/s) but they produce higher-quality nodes and better evaluation overall.

You can use the latest LCZero v0.29.0 by registering on chessify.me/analysis. A minute of Lc0 analysis costs 10 coins - the internal currency of Chessify equal to 10 USD cents or less if you buy a bigger number of coins and receive a bonus.

To get access to unlimited LCZero analysis on the Chessify cloud, you need to subscribe to our GM yearly plan. After you do, you will no longer need coins to analyze with LCZero.