What Is a Chess Engine? Types and Winning Practices Unveiled

What's the secret behind a Chess Grandmaster's success? Naturally, talent, hard work and dedication play a vital role. Still, there is one more thing that secretly contributes to their success, creating endless opportunities for them to practice and sharpen their skills – a chess engine.

In 1997, when GM Garry Kasparov lost a match against the first expert-system chess engine, Deep Blue, the chess world was taken by storm.

Believe it or not, the world changed forever that day!

But what is a chess engine?

In simple terms, a chess engine is a mighty tool that saves professionals and amateurs a lot of time studying and analyzing games. Still, not every chess player is familiar with this magic wand. To help you improve your game, in this article we'll explain what a chess engine is, discuss the main types, and suggest a number of advanced tips to help you get ahead in the game.

What Is a Chess Engine?

A chess engine is a computer program that helps players analyze chess positions and make the best moves possible. The "evaluate" function analyzes the positions, showing the best outcome for both players. 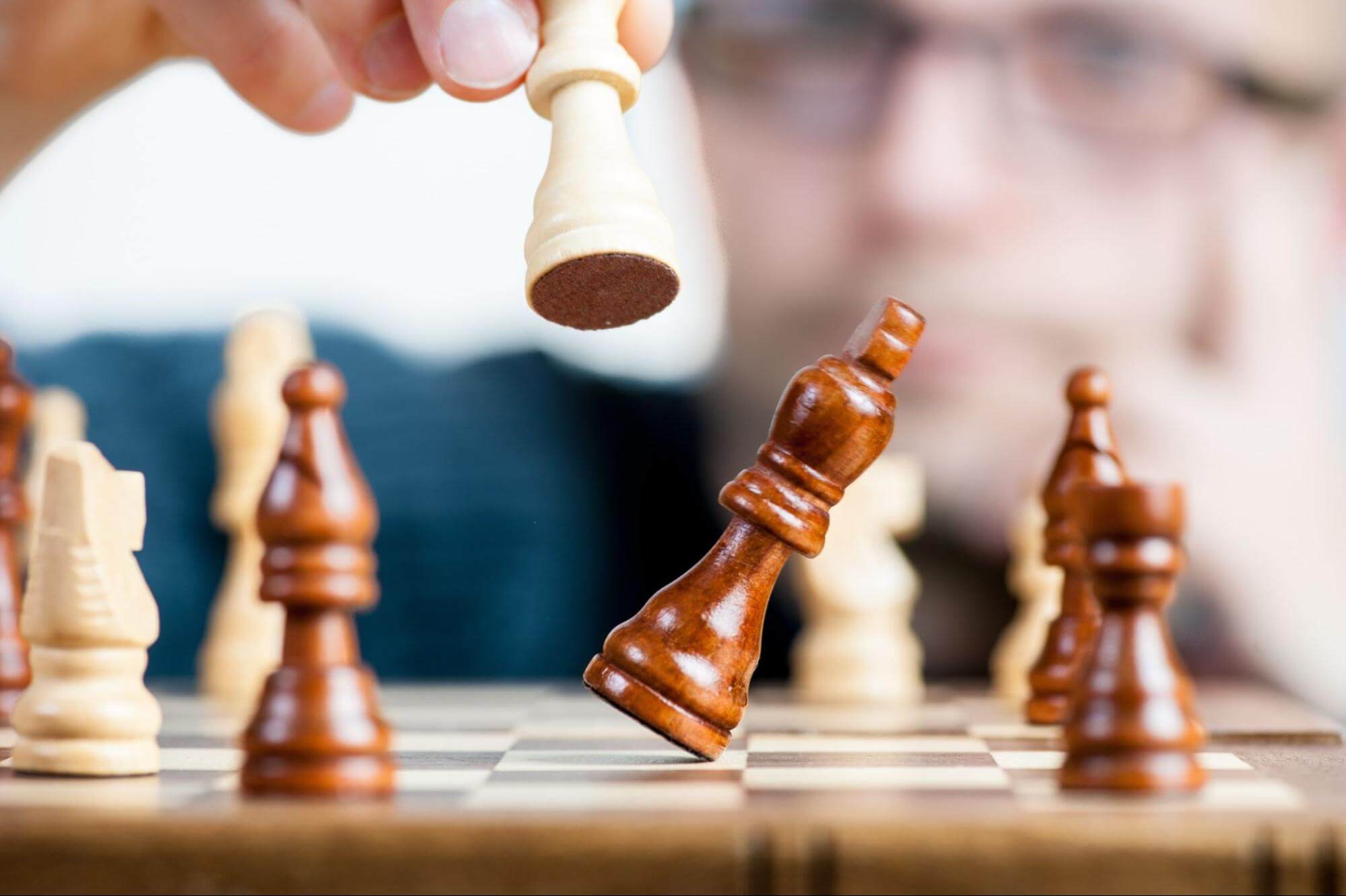 How Does a Chess Engine Work?

It's hard to think of an analytical tool lacking fundaments to store all the archives and resources decoded. Chess engines are no exception. Some engines use huge game databases for their neural network training phase, while others have more complex structures based on mathematical calculations and algorithms.

For instance, the world’s two greatest chess engines, Stockfish and Leela Chess Zero (lczero), have completely different approaches to the same task. Stockfish static evaluation function to perform numerical calculations and deep searches of the current positions. Its heuristic algorithm has been created as a result of computer scientists and chess GMs collaboration and tough work. It doesn't use neural networks for its calculations. The engine calculates every possible move from the given point, then uses its algorithms to define the winning ones.

On the other hand, lczero utilizes a neural network trained with data from millions of matches to assess the best moves and make precise conclusions.

The machine that beat Kasparov could evaluate over 200,000,000 positions per second. Although oldie Deep Blue made the world look at chess engines differently, modern versions can crunch many more positions per second. Moreover, as modern technologies advance, more profound algorithms emerge. Still, the number of positions analyzed per second doesn’t play the only role. A chess engine has to “think” about the best move, requiring a lot of comprehensive calculations. The first engine could have performed a 1bn/s analysis at those time. But it would still give in to Stockfish’s 100,000 position analysis.

Aim for more to succeed!

A cloud service provider for chess analysis like Chessify frees you from all the heavy lifting. With Chessify you get access to high-end chess engines powered by unique algorithms and powerful networks.

In its nature, Chessify Cloud is a separate cloud that can be used either independently on its website or on various chess programs like ChessBase, SCID and Fritz. However, unlike other publicly available clouds, Chessify is a legal entity bearing complete responsibility for its players’ confidentiality. As options for chess engine cloud servers vary on the market, Chessify offers its users access to the most powerful servers with zero investment in 3rd-party integrations.

With over 1 Billion NPS speed cloud servers, it's now easier than ever for chess players to analyze games and get integrated feedback about their best move for each current position. Here's a quick look at Chessify's internal dashboard:

Without further ado, let's dive a little deeper into each!

A Closer Look at Evaluation Functions

Most evaluation functions are based on classical values, like material, development and king safety.

Piece values help chess engines determine what pieces should be exchanged, what type of move is most logical, and what kind of attack to launch. This rough estimate allows for a quick evaluation of trades and moves. Still, this is not something to accept blindly as a final result. Sometimes, the piece values may alter due to positional themes and other considerations. This may include the following:

Such a system allows for distinguishing what is really important for a position and what pieces are more valuable.

Once the so-called eval is over, the engine launches its search function.

A Closer Look at Search Functions

Looking for all possible moves from a given position implies skimming through millions or even billions of options in seconds. To be able to do that, chess engines use what is called alpha-beta pruning, also known as the minimax algorithm.

The basic principle of the alpha-beta search is to analyze the following:

All these steps repeat until a future position is reached and evaluated.

Basically, chess engines also rely on what's called brute force. The brute-force approach in chess is what helps the engine analyze millions of positions and come up with what is likely to be the best move. To put it more clearly, it is a method of problem-solving based on trial and error. It means testing every possible solution to a problem and picking the winning outcome.

Combining these two functions allows the algorithms and testing functions to define the best movements and responses for a given instance. The system then ignores any bad moves, displaying what is considered the most promising result. 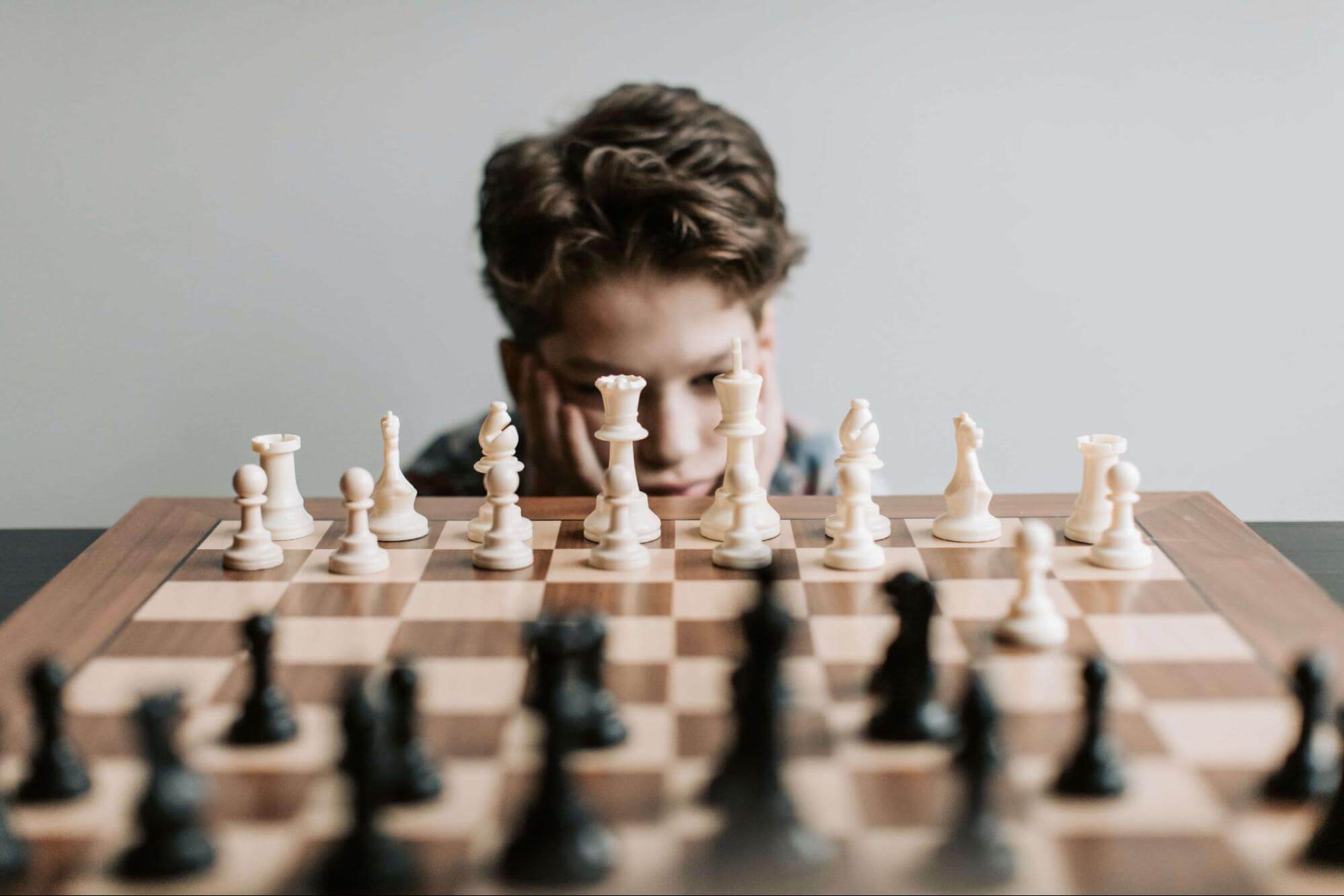 When it comes to opening moves, chess engines take a different approach. That is because they'd need to analyze too many positions, requiring significant calculating power. The player's mastery and experience come more into play here, rather than what the engine can do.

A poorly planned opening will keep you from getting to the middlegame. On the other hand, the strongest chess engine has the capacity to calculate middlegames and especially endgames perfectly. Endgame databases enable engines to analyze various positions and make the best moves – what a professional player would have taken dozens of minutes or even hours to calculate.

This makes chess engines powerful and puts them over any human in the game.

Here's some food for thought.

What is the best chess engine, and when you find one, how do you know how good it is? It all boils down to what you want in a chess engine.

Stockfish is widely regarded as the strongest chess engine in the world. As mentioned above, it has won numerous computer chess championships, including the Top Chess Engine Championship (TCEC) and the Chess.com Computer Chess Championship.

However, the use of chess engines is to aid players in analyzing their own games and preparing for future matches. With the current level of technological advancements, all modern chess engines surpass human-level playing strength. Therefore, when choosing an engine for training purposes, the decision should not be solely based on which engine has won the most championships.

The more relevant question for players is, "What is the most suitable engine for my needs and goals?" Some engines may be better suited for tactical positions, while others may offer a more creative approach.

That said, what is the right chess engine for you?

It is crucial for players to consider their personal requirements before selecting the right engine for them.

Today's most popular chess engines include Stockfish, Leela Chess Zero, Komodo, and others. These engines boast remarkable calculating power and can be used to help players analyze their games. However, there are specific use cases and purposes when a player may choose one engine over another.

For instance, LCZero is based on real games. Its neural network has learned to play chess from millions of games played by humans, and it can be used to provide unique insights into the best moves for a player to win. The engine has a close-to-human playing style, making it a popular choice among players looking to challenge themselves. Nevertheless, sometimes it sacrifices the evaluation to creativity, thus lacking the ability to calculate the best move. Chess professionals often use it with Stockfish, renowned for its calculating power. Ultimately, finding the engine that works best for you and your goals matters.

Choose Chessify to Use Them All!

For those struggling to choose between these chess engines, Chessify is the only go-to option. It offers access to all the major chess engines in one place and allows users to compare what each engine has calculated for the same position. 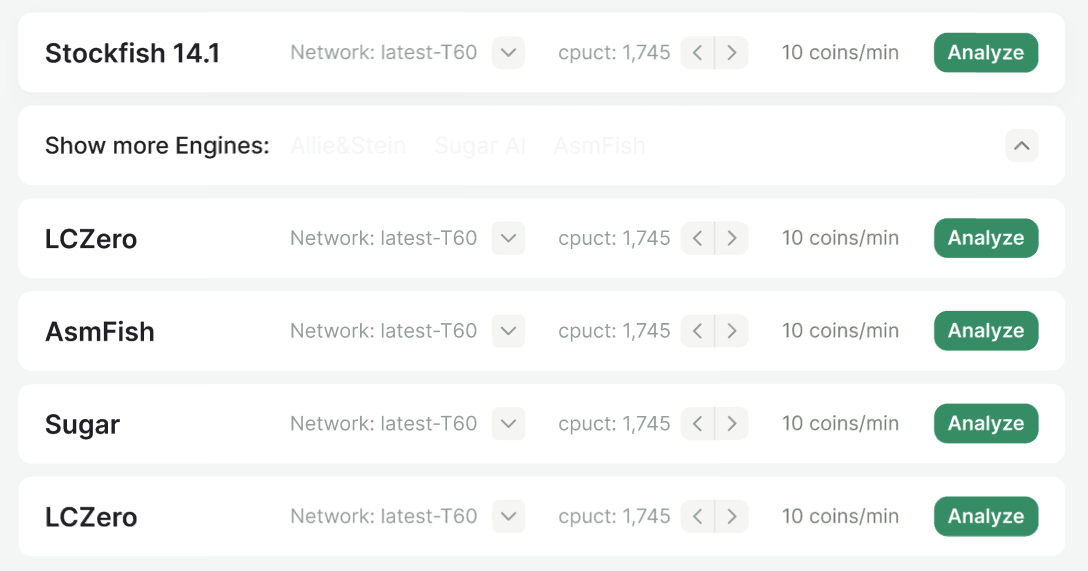 Chessify provides a user-friendly environment to observe what each engine suggests for your moves, allowing you to pick what fits your style of play. In other words, Chessify allows professionals to take advantage of what all the top chess engines offer! It eliminates the need to invest in expensive hardware and software. Instead, chess players, from amateurs to world-renowned GMs, use its cloud server to polish their strategies!

To sum up, the searching and testing algorithms used in chess engines are what makes them so powerful. With immense progress and technological development, what was once considered impossible is now much more achievable with the help of strong chess engines.

Whether you're a Grandmaster, a novice, or somewhere in between, these engines can help you improve your game. They are robust and unbiased - the perfect combination to conquer the world!