Playing against a chess engine isn't the most delightful of activities, but using it to prepare against real opponents is a must for tournament players. The question today isn't whether you like chess engines or not but rather which engine you like to analyze with: Stockfish, LCZero, Komodo, or with all of them at once.

Chess engines have helped us analyze and perfect all stages of the game. Not only do they provide more accurate analysis than humans, but they also spend a much shorter time doing so. It would seem that the engines have made the lives of chess players easier, however, they drastically increased the standard of pre-game preparation and made players spend more resources to prepare more deeply.

Many engines, including the two best ones, Stockfish and LCZero, are freely accessible to the public. Today everyone can have their openings analyzed with the best engines prior to their games. So to make sure that their preparation is better than the opponent’s, players now need to not only work with the best engines but also provide enough computational power for those engines to work at their best.

But how can you increase your computational power and why does it have so much effect on the analysis result? This blog aims to cover these topics once and for all as well as explain why it is more beneficial to run the engines on cloud servers instead of investing several thousand dollars in buying hardware.

Feel free to skip to the section you’re interested in the most:

A bit of history to understand the usability of chess engines

What are your options to get the best analysis

History is not boring ... especially when you keep it short

In 1997, an IBM supercomputer called Deep Blue won a 6-game match against the man himself, Garry Kasparov, who had been dominating the chess field for several years and was the reigning world champion at that time. This marked the beginning of a new era since it was the first time when a computer defeated a world chess champion in a match (a rematch actually, since it lost to Kasparov in 1996). 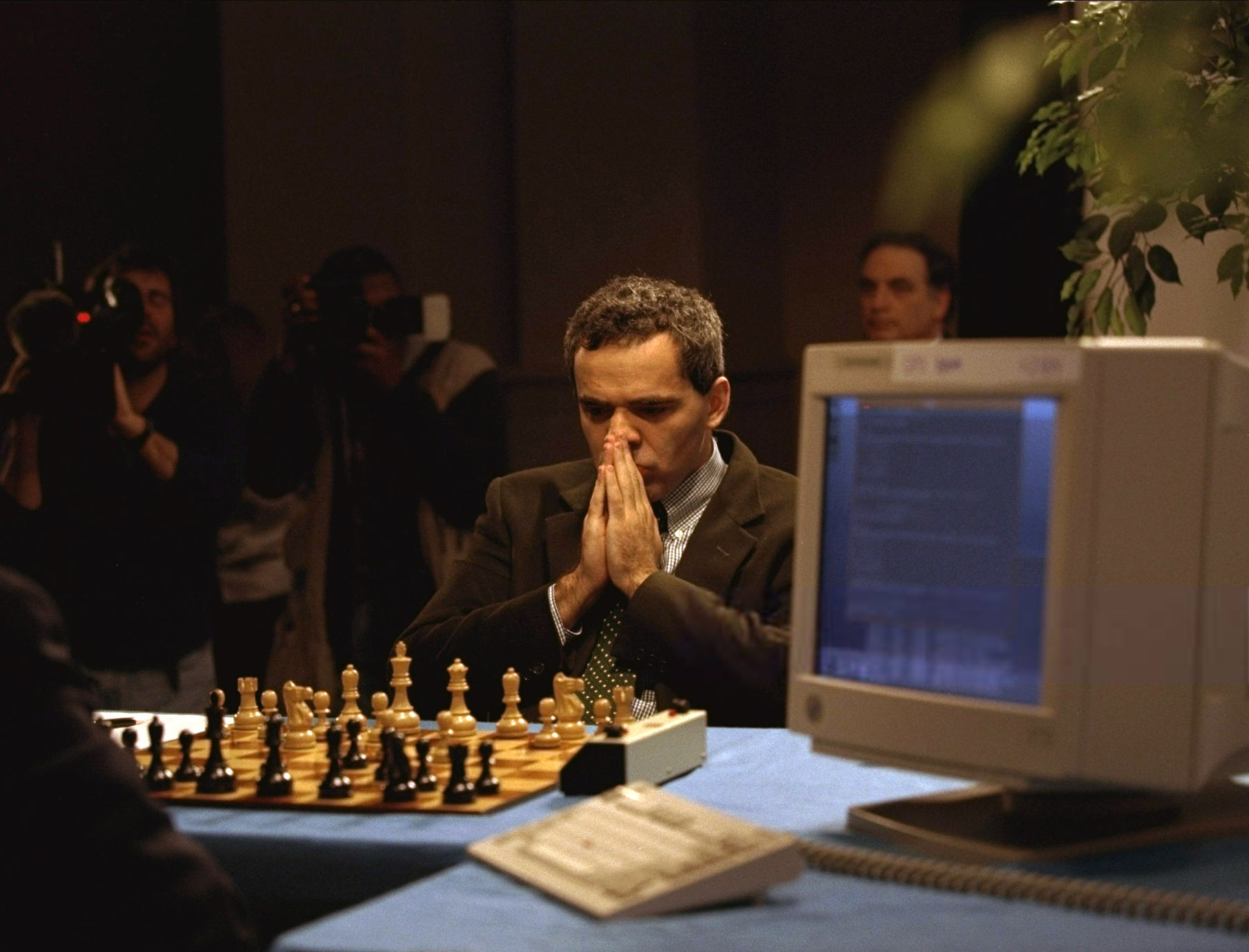 Since then, technology has evolved drastically and so did the chess engines. Nowadays, there are hundreds of engines capable of beating a strong human opponent quite easily. This said, people have gradually lost interest in competing against computers. Instead, they started to use the computer engines to prepare against each other.

Even though chess engines have come a long way, from aversion (for “killing” the creativity in the game) to appreciation (for helping the game progress enormously), they have certainly gained the trust of the chess players. Nowadays, it is almost "insane" to try a new idea or move in a serious game without checking it with an engine first.

However, you don’t need to be a grandmaster or a tournament player to use chess engines. In fact, most amateurs also use engines to analyze their games (especially after losing) or check the solution of a puzzle they're trying to solve.

The problem of chess engines can be summarized in one word: time. It has become a norm for chess players to leave their engines running overnight just to get accurate analysis results on their positions. Apart from being time-consuming and ineffective, such a practice also makes the training tiresome for the players who have to wait for several hours every time they have an important position to analyze.

To make this issue more descriptive, let's use some numbers. If you're analyzing with Stockfish, which is the most commonly used engine, you'll get around 5,000 kN/s (equal to 5,000,000 NPS) speed on a regular computer, with NPS indicating the number of nodes (positions) the engine analyzes in one second. With a high-end computer, you may get up to 20,000 kN/s. In comparison, a $200k home server will provide around 500,000 kN/s which is 100 times faster than the analysis that most players are working with.

Very few players (the world champion and the main contenders maybe) have enough sponsorship to afford hardware strong enough to accelerate their analysis. Such hardware can cost up to 200,000 USD which is too expensive for a sport where most tournaments have a lower prize fund. This creates a huge opportunity gap between the top GMs and the rest of the players. The vast majority of them train with regular laptops and computers. Thus, they either never reach the same analysis results as the super-GMs or have to spend around 100 times more time to do so.

So how do we solve this problem for the chess players, the overwhelming majority of whom cannot (and should not) invest in supercomputers for mere chess analysis?

As was the case in many other fields, in chess too, the issue with accessibility was solved with the help of cloud servers.

What many players do today is run the strongest chess engines (like Stockfish, Lc0, AllieStein, etc.) on powerful cloud servers in order to provide the engines with better core support and improve their speed. For example, Chessify provides a 1 Billion NPS cloud server which is currently the most powerful server in the chess market and is publicly available to every user.

Not only does this save considerable time for the players, but it also closes the accessibility gap between the few top GMs and the rest of the players, since everyone is now able to get the same (if not higher) quality analysis than, let's say, the world champion. Moreover, they can do so by spending much less money than they would if they were to buy somewhat decent hardware.

To get a 1 Billion NPS speed locally, a player needs to buy a home server costing around $200,000. Add the setup issues and technical support to the price and then compare it with a $20,000 yearly cloud package, which will give you around 500 hours of the same speed server, plus full technical support and automatic updates for engines. Importantly, the home server will become outdated much faster than you think because of its newer versions, and you won't be able to replace it. Whereas, with cloud servers, you will never have to worry about any of these issues.

But where can you find these servers to run the engines on? Not many platforms offer such a service. The two main options are ChessBase Public Cloud and Chessify Cloud, the comparison of which is presented below to help you make the right decision if you’re looking for powerful chess analysis.

ChessBase public cloud is a platform within the ChessBase program, which is the main GUI chess program used by professional players for everyday training. The cloud servers within ChessBase can be rented as well as offered by everyone. People, even non-chess players, can provide their home server to all ChessBase users.

ChessBase's paying system operates with so-called ducats, which are used to rent cloud servers. The main renting system is bid-based. Often the server providers will offer two paying options: you can either pay fewer ducats but lose your server if someone else pays more or you can pay more ducats and secure the server preventing it from being taken away halfway through your analysis.

The attractive part of ChessBase Cloud is that some server providers may offer their servers for free, especially at the beginning, to get more people to use and take a liking to their servers. Most servers, however, are not powerful enough. The fastest server for Stockfish, for example, is 366,000 kN/s.

Moreover, you never know whom you're renting a server from and have no proof that your analyses are not being stored or shared. Another big drawback is that you cannot be sure if the numbers you see are correct (e.g. kN/s). The possibilities today easily allow manipulating the engine codes and algorithms in order to show high numbers without actually providing them.

Still, the public cloud on ChessBase is used by many as it is comfortably included in the most famous chess program.

Chessify Cloud, on the other hand, is a separate cloud service, which can be used on different chess programs including ChessBase, SCID, and Fritz as well as on the chessify.me/pro website directly. The available engines are Stockfish, Lc0, asmFish, Allie+Stein, and SugaR, while the cloud servers reach up to 1 BN/s (1,000,000 kN/s) speed, currently the fastest server in the chess market.

A major difference between the two services is that Chessify, unlike the people who offer servers on the ChessBase cloud, is a legal entity and bears full responsibility for the confidentiality and security of its users’ analyses. Chessify uses the servers of Oracle, which is a major cloud provider that works with organizations like the Premier League, Ferrari, Deutsche Bank, Crédit Agricole Bank, McDonald's, etc. Furthermore, Chessify's servers are dedicated per user and use only SSL-certified connections, which means they have a high level of security.

For premium users with a long-term contract, Chessify also provides different modifications of engines, as well as additional networks on-demand. For example, it has seven networks for LCZero and three versions of Stockfish - traditional, NNUE, and CorChess (used mainly for correspondence chess analysis).

The renting system is similar to that of ChessBase, only instead of ducats, Chessify uses coins. Each server and engine has its own price and, like on ChessBase, users get charged per minute of use. Alongside the coin-based dedicated servers, however, Chessify also offers unlimited cloud analysis for subscribers. With an Amateur plan ($7.00), users get unlimited access to 10,000 kN/s, and with the Master plan ($34.99), they get up to 100,000 kN/s speed server for Stockfish, asmFish, and SugaR engines. Notably, all registered users get free basic analysis with 1000 kN/s Stockfish 15. All subscription plans are available on the Chessify pricing page.

You can try the Chessify cloud online at chessify.me/analysis or download the Chessify plugin for your GUI chess programs. For instructions on how to install the plugin and add engines to ChessBase, follow this link.

If you’ve already made your fully rational decision to not spend a fortune on a super-powerful home server that will still not be as powerful as the cloud servers, then you have two good options: ChessBase Cloud or Chessify Cloud.

To summarize the comparison between the two services in one sentence, ChessBase Cloud will work well for people who like to experiment with different engines once in a while without spending too much (given that they've already paid for the ChessBase or Fritz program itself), while Chessify is a more high-end and secure cloud service and works best for Grandmasters and those players who plan to prepare for a certain event and want to be sure that their analyses are the most accurate in the market.

How to Install & Use Chessify Cloud Engines & Servers on ChessBase

How to Use Cloud Chess Engines on Chessify Website