The Magician from Riga... Mikhail Tal received this nickname for his unique combinational style of play. He was a creative genius and one of the best tacticians ever. Tal became a world champion at the age of 23 by defeating Mikhail Botvinnik with a score of 12½–8½. 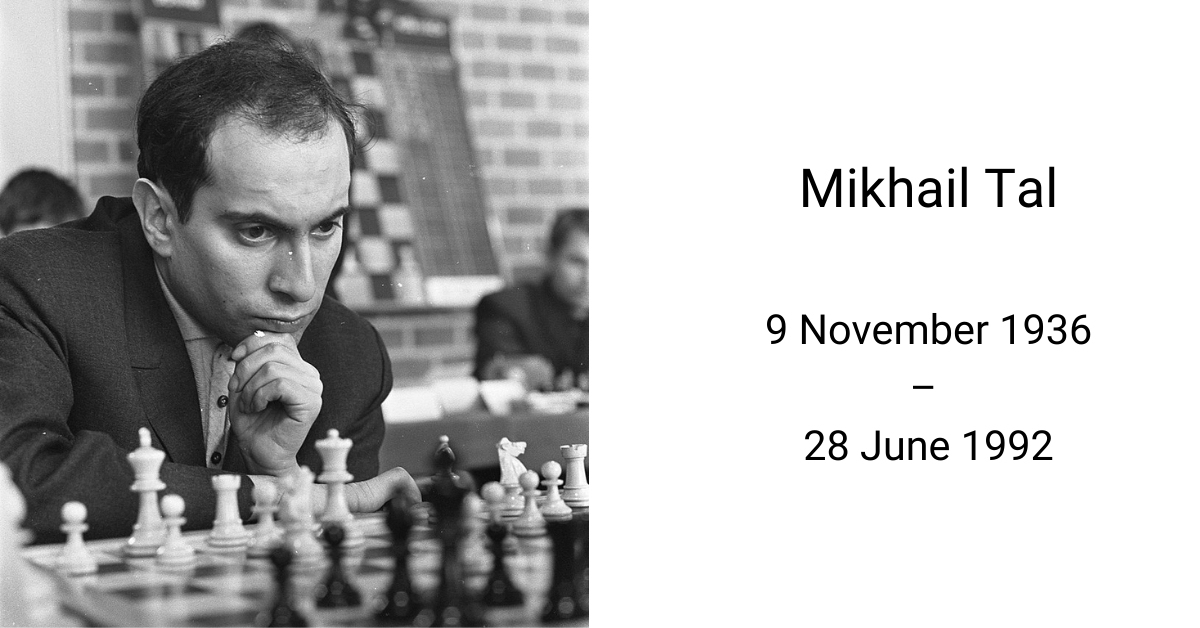 Just like his chess career. Tal's life was full of bright victories, signature jokes, and funny stories. We're bringing you some of our favorite Tal stories from the book called "Chess Stories" by Gik Evgeny Yakovlevich.

Tal was never known for good health. Calling an "emergency" to give him an injection was not a rare occurrence.

"Misha, is it true that you are a morphinist?" - a journalist asked him once.

Someone else in the place of the chess king might have gotten angry at such a tactless question. But Mikhail Tal was different.

"What are you talking about?" - he said, "How can I be a Morphynist, I am a Chigorinist!"

When Maya Chiburdanidze became women's world champion, one of the journalists asked Tal how he assessed Maya's chances of becoming a world champion among men.

"Higher than mine of becoming a world champion among women anyways," - Tal answered without hesitation.

Young Fischer once said that he'd give up a knight and still beat any female player, including then-world champion Nona Gaprindashvili.

"Will Fischer defeat the chess queen with such a handicap?" a journalist asked Tal.

"Fischer is Fischer, but a knight is a knight!" - explained Tal.

Hope you enjoyed the stories. We couldn't find the English version of Yakovlevich's book. You can find the original book ("Шахматные байки") in Russian here.

Brilliant Chess Tactics from the Games of Maxime Vachier-Lagrave