Despite the arrangement difficulties due to the pandemic, the FIDE Candidates tournament didn't disappoint us. The fact that out of 14 rounds only one ended in all draws shows just how exciting the whole event was for the chess fans. Here we present some of the best puzzles from all 14 rounds.

10. Maxime Vachier-Lagrave vs Ding Liren, Round 2

MVL is clearly much better and has multiple ways to maintain the winning position. However, there's one way to immediately gain material advantage. White to move. 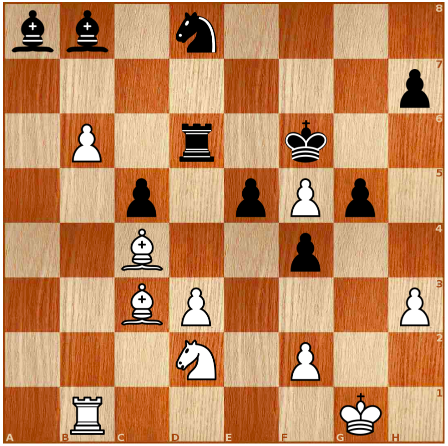 9. Ian Nepomniachtchi vs Wang Hao, Round 5

The 5th round saw only one decisive game and here how it was won. Wang Hao is temporarily a pawn up, but it doesn't compensate for the position of his king. In fact, white has a way to win material in a couple of moves. White to move. 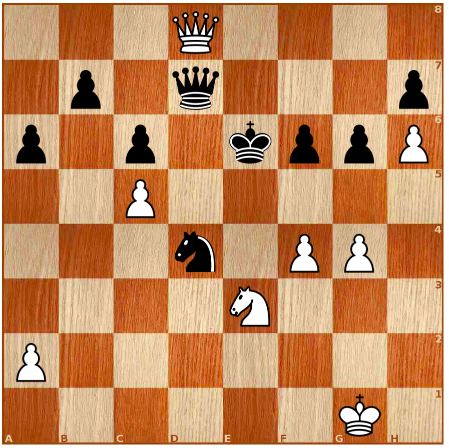 8. Anish Giri vs Ian Nepomniachtchi, Round 1

The position would've been drawn if it wasn't for the black pawn. But now, all Ian needs is to bring the king closer to the f2 pawn. So it's black to move. 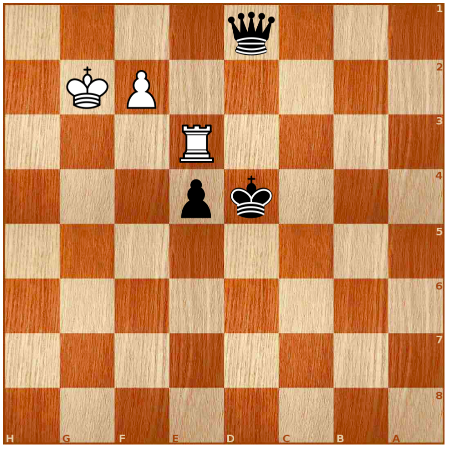 7. Kiril Alekseenko vs Maxime Vachier-Lagrave, Round 12

This one isn't really tactical, but it is a good exercise for improving your endgame skills. Try to find the winning plan for the white side. White to move. 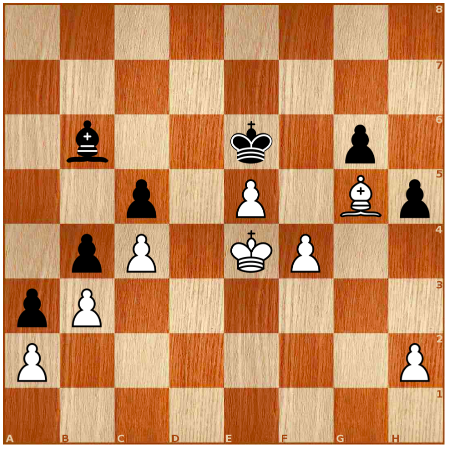 Ding Liren's last move was 41.Rg2 and while black is a pawn up, he has to come up with the right move to maintain the winning position. Black to move. 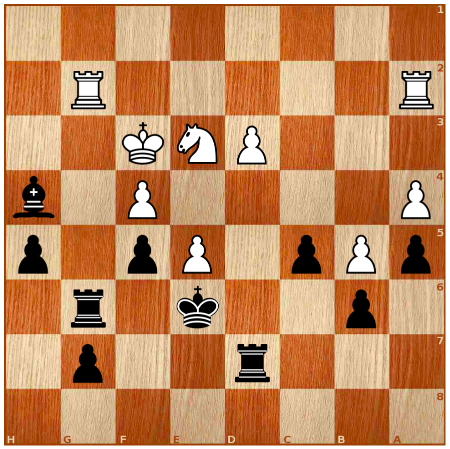 5. Anish Giri vs Kiril Alekseenko, Round 14

We had to have one checkmate puzzle in the list. Despite the impressive start, things didn't really go well for Anish Giri in the end as he lost both of his two last games. Here's the end of his game against Russia's rising star Alekseenko, who could have mated him in 4 moves from here. Black to mate in 4. 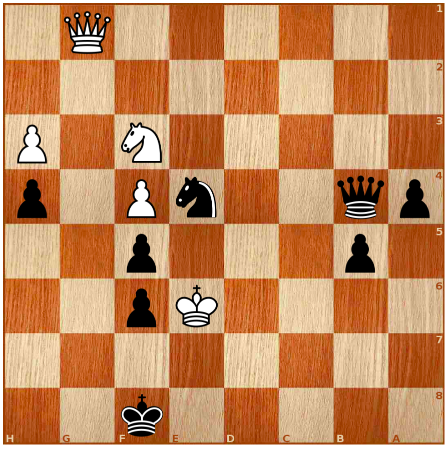 4. Kiril Alekseenko vs Anish Giri, Round 6

Although the position seems quite drawish at the first glance, Alekseenko's fast play got him into trouble here. He played Nd3 hoping that after Kh4 he would play Kf4 and capture the defenseless black pawns forcing an easy draw. However, what he missed was that Nd3 allowed black to check with Nd5 and then play Nf4 with a tempo taking control of the e6 square and winning the white pawn on h4 without any difficulty. Endgames aren't easy but had Alekseenko spent more time on his 88th move he might've as well found the way to not lose. White to move and draw. 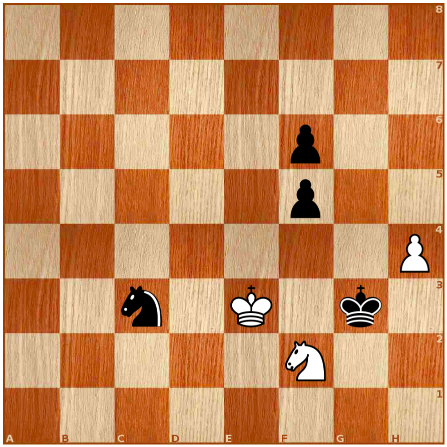 3. Maxime Vachier-Lagrave vs Wang Hao, Round 14

“Tactics flow from a superior position.” - said the legend himself Bobby Fischer. And here's France's top GM prooving it. White to move. 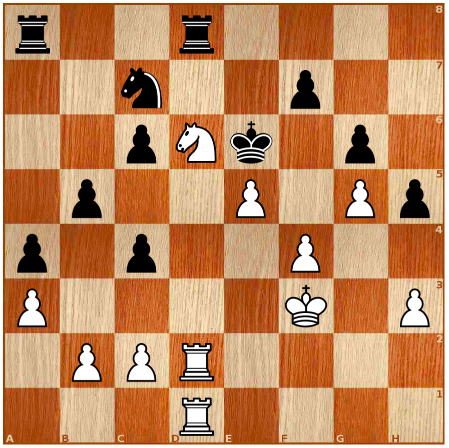 2. Kiril Alekseenko vs Ding Liren, Round 13

After an unsolid piece sacrifice by Ding Liren, Alekseenko got a chance to win his penultimate game in the tournament. However, after playing Bc5 in the hope to prevent c5 by black, he lost to Rb8, since it forced him to retreat with his bishop to b4 and after 48...Rb4 49.Qb4 Qd3 50.Nf3 (only move) Qf1 51.Ng1, he found himself in a hopeless position essencially playing without a piece. Imagine the disappointment when he later found out that a small tactical combination could've saved the day and most probably bring him a win against China's No 1. White to move. 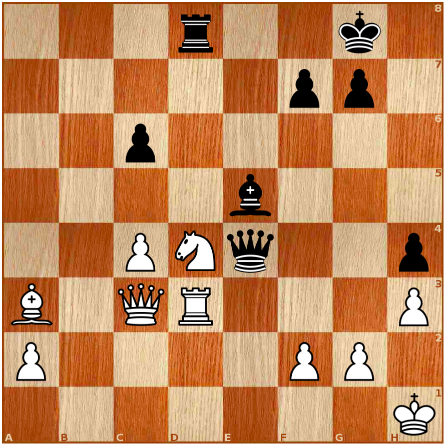 1. Maxime Vachier-Lagrave vs Alexander Grischuk, Round 11

Here MVL traded his both rooks for the white queen by taking on c2 hoping to somehow draw the endgame. However, his king was left too far to help stop white's b pawn, which eventually would have cost him the bishop. This is another good example of how tricky the endgames can be, as MVL actually had a chance to draw the game if only he had seen a small intermediate move. It's black to move and draw. 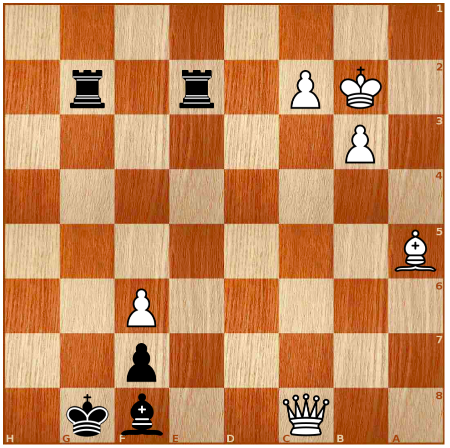 7) 1.Bh6 followed by Bf8 creating a zugzwang for black

6) 1...Rg4 2.Ng4 fg followed by bringing the bishop back and moving the pawns forward 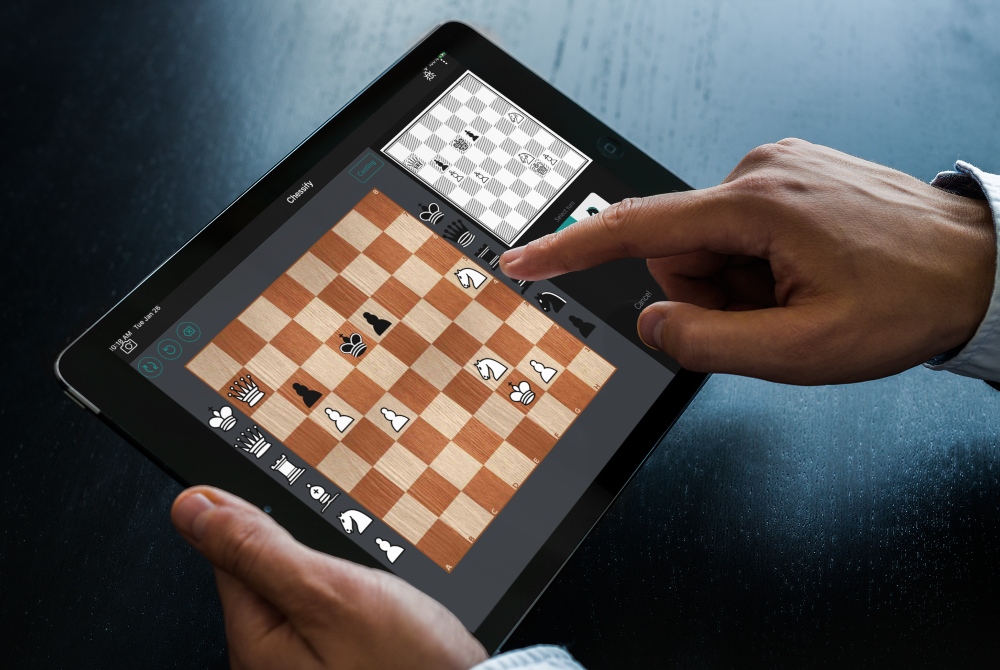