Good opening preparation requires a lot of hard work and stamina, but it does pay off well. A diligent team is a great help for finding new ideas in the opening theory. But regardless of whether you have a team or not, there are a few things you should do to achieve better results in your opening preparation. 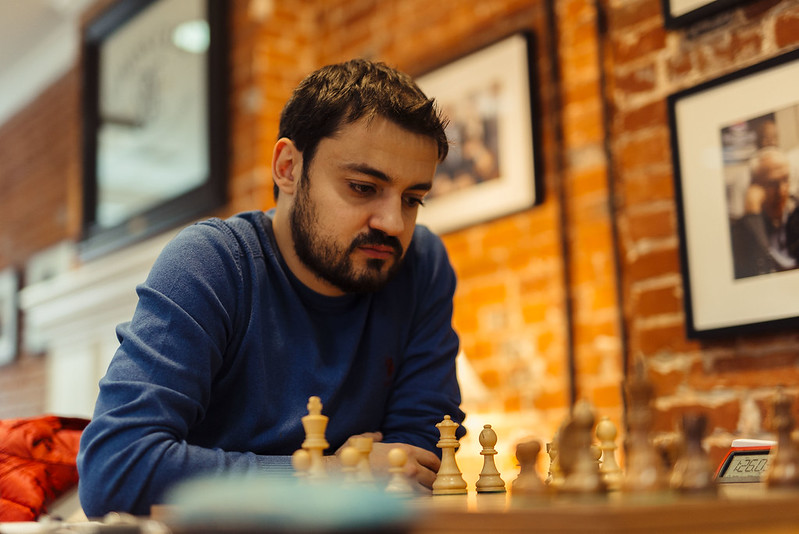 1. Use the largest game database you can afford

If you want to find new ideas in the opening theory, then you should never miss the recent trends and findings by other players. There are too many strong tournaments nowadays, and you need to keep your database up to date to always be in the loop. Chessbase offers the biggest databases though they come with a price. Some players add up the PGNs of new tournaments to their core databases manually. Whichever you choose, don't ignore this important step in the opening preparation.

Bonus Tip: Your biggest help will be the Correspondence game databases. These are the games that very often antecede the development of opening theory. Given that the players get days for analyzing their moves (with the computer’s help), you can imagine just how profound the correspondence games are and how immensely helpful they can be for finding opening novelties.

2. Focus on those lines and positions which were played relatively less

It goes without saying that the main opening lines have been deeply studied over the years, and it is super hard to find anything groundbreaking in them, especially for an individual player or a small group. So focus mainly on less popular lines which may generally be deemed as equal and paid less attention to. This will not only increase your chances of finding new ideas but will also turn out as a bigger surprise for your opponents.

3. Use the chess engines the right way

As with the opening theory, with engines too, you should focus more on the less popular lines. Use 5-6 lines instead of the regular 3 and start paying attention to what the engine suggests in its secondary lines. Every player who analyzes the same opening will easily notice the primary lines of the engines, so it will be much harder to catch them in the main variations.

It is not a secret that different engines evaluate positions differently and often suggest different main lines. So start to compare the analysis of different engines and check how they respond to each others' suggestions. Stockfish and LCZero are a great combination. You can also try the relatively new Allie&Stein, which is another strong neural network-based engine like LCZero.

My personal favorite is asmFish, which is a port of Stockfish with a few structural optimizations. During this year’s Armenian Highest League Championship, I played a line that I had analyzed with asmFish against GM Hovhannes Gabuzyan. This is the 12th move of the game, where I went Nd5 hoping that my opponent didn't know how to respond correctly. Most engines suggested the move 12...Bd5, which actually leads to an advantageous position for white. The right move is 12...Nf8, a hard move to make if you have never analyzed it at home.

To my surprise, however, Hovhannes played 12...Nf8 without hesitation. As it turned out after the game, he also had this position analyzed with the same asmFish on the same speed server. I did manage to win the game after all, but that had nothing to do with my preparation. In fact, my position was much worse after a few moves.

So the point of working on different opening lines isn’t only to catch your opponents off-guard but also to avoid unnecessary losses when your opponents are the ones who play a new line.

You’ve heard the advice a million times, but it is relevant! Stockfish, LC0, and other engines are enormously strong but they also need strong hardware support to work at their best.

Buying a strong computer (and you’ll need a really strong one) is too expensive and, truth be told, may not really be worth it. Cloud servers are a much more affordable and effective option for chess analysis. They ensure high speed for the engines without overloading your computer. No matter how much you spend on your local computer, it will hardly reach any speed above 50,000 kN/s.

The cloud servers, on the other hand, can be around 100 times faster, and you can run them on any computer. You may not need them in your day-to-day training, but they are a great help for every professional.

6. Work on par with your chess engines

Chess engines are irreplaceable for precise calculations, but then you are more inventive. Never mistrust your ideas or ignore them. On the contrary, take some time to think over the same position as your engines and then compare your findings. Even if they do not match, give your ideas a chance by checking them via engines. You should be giving the engines a direction rather than taking it from them. In other words, use the computer for verifying and checking your ideas.

This way, you will not only come up with more ideas but will also gain a much more profound understanding of the positions and openings you are going to play.

7. Always try out your openings in real games

Online playing platforms are as active as ever, so take the opportunity to try your openings in practical games via the internet before you’ll use them in over-the-board tournaments.

Playing your new findings against real opponents reveals most of your drawbacks and lack of preparedness in certain lines. Sometimes your opponents may show the positions which you need to pay more attention to and help you find better ideas. So use online playing sites to perfect your preparation before the serious games.

Zaven Andriasian became a Grandmaster in 2006 after winning the World Junior Championship. Some of his most memorable tournament victories include the 2010 Russian Cup, 2012 Groningen Chess Festival, and the 2016 Armenian Championship. In 2018, he shared second place in Aeroflot Blitz with Hikaru Nakamura and led the gold-winning Armenia Eagles team in the Pro Chess League final of the same year.

From 2013 to 2015, Andriasian wrote two books: "Winning with the Najdorf Sicilian" and "The English Attack against the Taimanov Sicilian" to contribute greatly to the Sicilian opening theory. He has also been a regular contributor to the "New In Chess" Yearbook, a leading chess opening periodical. Today Andriasian works as the coach of the Armenian Women’s national team.