We are excited to share the inspiring story of Hayk Martirosyan, now a national chess champion.

This young Armenian chess talent is only 18 years old and has already achieved an important milestone in his chess career. He became a member of the Armenian National Team by winning the 78th Armenian Men’s Chess Championship in January. 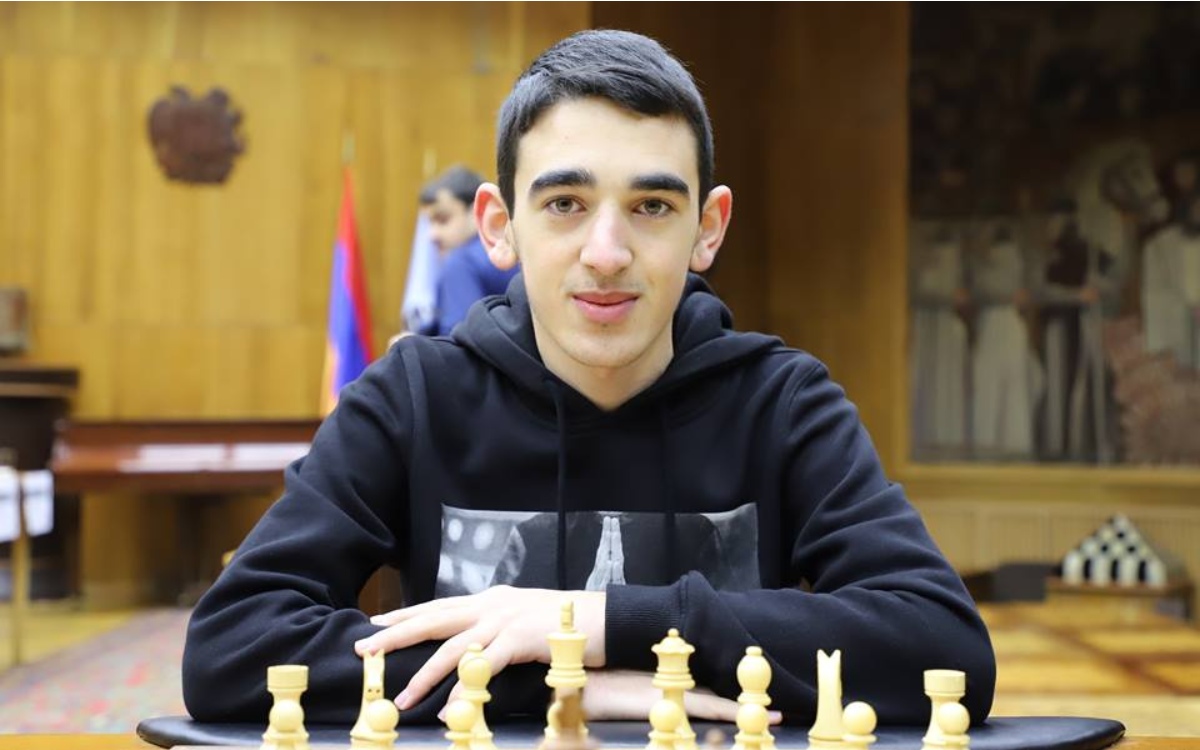 Typically, the Armenian Championships are pretty tough. Why? Because the country has a historically strong position in chess. Armenia is one of the global leaders by the number of Grandmasters per capita (41 GMs per less than 3M population). This year’s championship featured 9 GMs and 2 IMs with an average rating of 2568.

Despite the fierce competition, Hayk managed to show an outstanding result. He won the tournament scoring 7 out of 10 without losing a single game. And guess what? Hayk had been training with the Chessify cloud engine for two and a half months before the tournament.

We have arranged an interview with Hayk to learn more about his experience during this championship and find out how Chessify cloud service facilitated his achievement. It was exciting to learn that he had expanded his opening repertoire by 30% through Chessify cloud engine analysis.

Let us take a closer look at two of his games from the tournament, both played with black pieces. It is harder to start a game when playing with black, so Hayk dedicated most of his time to studying new openings for black.

Hayk is a known “Queen’s Indian Defense” player, yet he surprised his opponents by not using his favorite opening at all during this Championship. The two openings he prepared for the tournament were the Chigorin variation (1.d4 d5 followed by Nc6) and Slav defense (1.d4 d5 2.c4 c6).

Luck was on Hayk's side too. Four out of five games with black pieces went in accordance with his preparations. He won two of them and finished three other games with a draw. Retrospective analyses of the games have shown that in all five games Hayk was able to seamlessly address opening challenges.

“On the tenth move, Zaven deviated from my preparations playing Ne5 instead of c5. But I studied those positions thoroughly and knew what my plans should basically be.”

Given that white was caught off guard and was not familiar with the peculiarities of the folded position, it didn’t take much effort for black to get a superior position and eventually take the game to its logical end.

Another opening choice from the Armenian champion was the Slav defense against Manuel Petrosyan in the 1st round.

Black had no serious challenges throughout the game although it eventually ended in a draw. Hayk managed to accomplish all the main plans for black transferring his knight to the c4 square and leaving no chance for white to gain an advantage in the endgame.

"Now I feel much more confident in the opening part of the game. That's what I value in Chessify cloud engine analysis. You're analyzing with the best engines so you can be sure that you will not miss any important moves. It is a significant competitive advantage."

Indeed, Hayk still has many more openings up his sleeve and the Chess Olympiad 2018 has already started. Hayk is surely eager to make his contribution to the team’s success during this momentous tournament. Chessify continues to support Hayk Martirosyan with the cloud engine analysis service and looks forward to new achievements by the young Armenian chess talent.